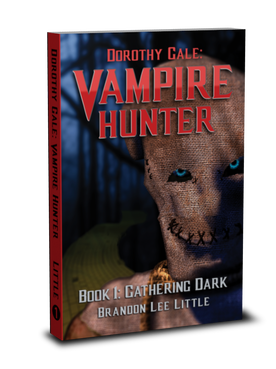 This is not the OZ you were expecting.

In this dark rework of the magical land of Oz, Dorothy Gale sets out to save her small farming commune from an attack by vampires and to avenge the death of her parents at their hands.

She quickly finds herself on the wrong side of the rainbow, lost in a cursed forest and hunted by vampires, her trail dogged by an undead creature that seems to determined to "make her acquaintance."

Can this quiet farm girl find the courage to see her quest through to the finish, even if it means going into the heart of darkness at the very edge of the world?

What readers are saying

"I found this book all you could ask for and more!"
"I can't wait for Volume 2!!"
"I could not put down the book until it was finished. Makes my top 5."
"Wonderfully well written."
"This book was AWESOME!!! I was never a huge 'Wizard Of Oz' fan, but this book had me consumed until I reached the back cover! Highly recommended book for every avid reader out there!"

Dorothy threw a hand over her mouth, fell to her knees and drew a breath to scream. Before she could let out a sound, another hand clamped tightly over her own.

She couldn't help it. She screamed against her own and Rook's hands until he put a hand tightly over her eyes. She wished he could cover her ears as well to shut out the choking shouts coming from the rattling corpse above.

"It's a Creeper, Dorothy. It's not gonna get us. We're alright," he insisted. "We're down here and it's up there."

She shook her head in denial and breathed so fast and shallow that she could feel her head starting to swim and saw little sparkles against the backs of her eyelids. She had heard of Creepers before, of course; they were the stuff of fireside stories meant to frighten children, but she had never laid eyes on one and had hoped never to do so.

"Come on," Rook said softly, "calm down. Deep breaths. Nice and slow. There you go."

She nodded and pulled her hand from her mouth. Rook lowered his as well and let her twist around and throw her arms around his neck. She trembled like a twig in the wind and kept her eyes clamped shut.
Completely unconcerned for Rook's shouting and without any kind of a warning, the creature leapt at them! To her horror, Dorothy saw a pair of long black wings similar to those of a bat emerge from behind the beast and it opened its mouth impossibly wide to show off long fangs above and below and gave a loud hiss of anger as it charged them. It covered the space between them in a matter of a few leaps and bounds.

"Dorothy, run!" Rook yelled, but it was too late. There was no time to run and no time to think. Before she could so much as bat an eye, Dorothy pulled the trigger on the crossbow and let the bolt fly.
Dorothy forced herself to get into a crawl so she could reach the door handle. No sooner had she grabbed hold of it than something tapped it from the other side. She gave it a twist and a pull to set the latch back in place, but it wasn't locked from the outside any longer. A spray of water came splashing down on her face from above. She looked up to see the white face and glinting fangs of the creature as it hissed and snapped its teeth mere inches away from her, sending spit flying.

She shrieked in terror and scampered back from the door in shock. No sooner had she left the door than the handle shook again. She flung herself at the door and forced the handle to stay in place. It shifted up and it took all her weight to keep it from opening. Then, it let her drop to the floor and she had to press her shoulder against it to keep it from opening up. All the while, the nightmare beast snapped its fangs and spat at her, hissing and growling in anger. Her fingers shook with fear. Her jaw started trembling. She was trapped! Alone and unarmed. 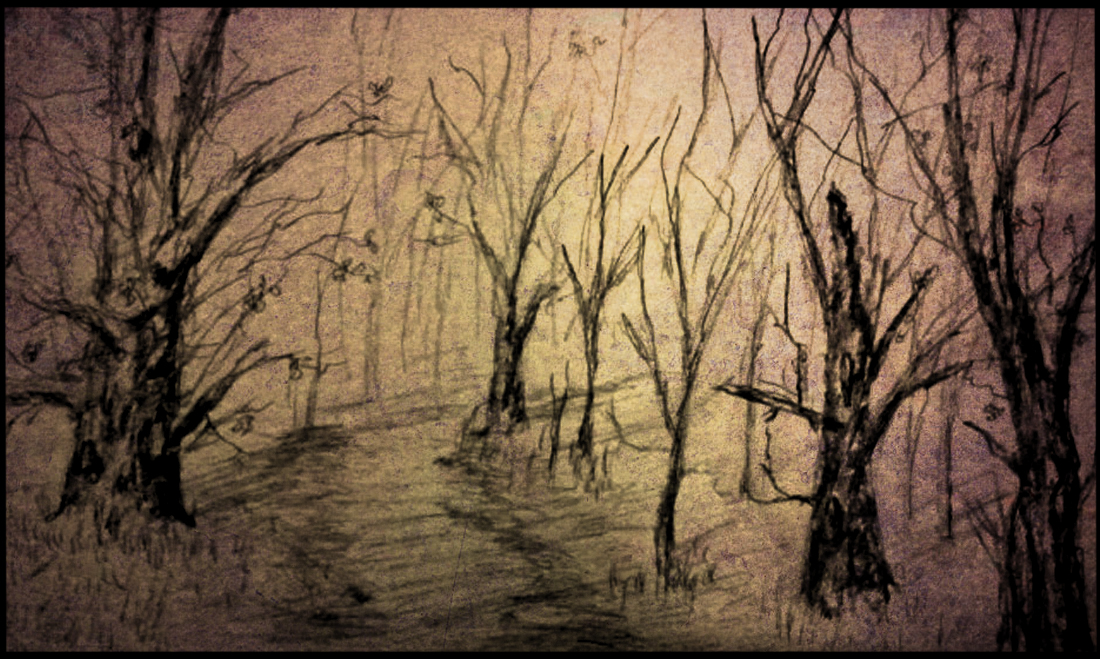